“The Kingdom of Heaven is like treasure hidden in a field, which a man found and
covered up; then in his joy he goes and sells all that he has and buys that field. “
(Matt. 13:44) 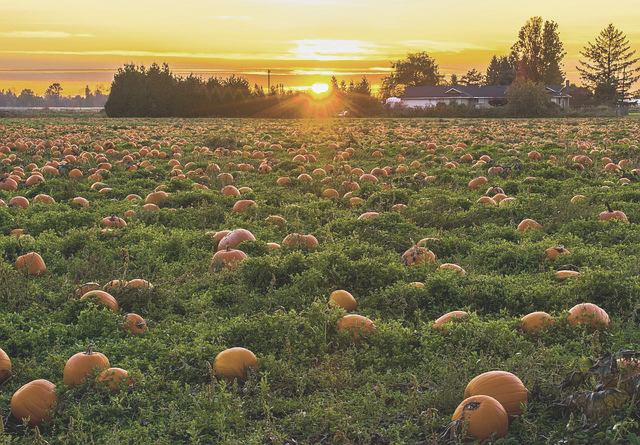 Most of the time Father John would wait until after Morning Prayer to
disclose where we would be working on the farm that day. So I was surprised when
at dinner one night, he volunteered that tomorrow morning we all would be going to
a “rock festival.” As it turned out the “rock festival” meant clearing stones out of the
pumpkin field so that he could cultivate it more easily. Now stones, I had learned
from one of the first books I had read during the summer, came in three sizes—
small, big, and bigger. Those distinctions, as I recall, were made in reference to
building stone fences. I mused over the size the rocks would turn out to be in the
pumpkin field.

I decided that the best way to approach the “rock festival” was to treat it like
a treasure hunt. The next morning out in the field, I announced, “The first one to
find a geode gets a free dinner!”. John promptly picked up a piece of granite and
said, ”Here it is. You owe me a dinner!” Well, if clearing rocks out of a field is a rock
festival, I suppose granite can be a geode too.

I did find two treasures in the field. The first was a rusted wrench. I claimed
it as my own; but Father John took it back in trust. He seemed to think it was the
one he had lost last summer or, rather, the one that the previous intern had lost last
summer. Several weeks later at Henry’s Garage Restaurant in Aumsville, I saw a
similar wrench mounted in a frame and hanging on the wall of the banquet room. I
turned to Father John and said I would like to have “my wrench” done similarly,
since it had become a standard response that I would receive it at my ordination. He
looked at me rather sternly and said in effect that I was being too presumptuous.
The wrench is still riding unobtrusively behind the front seat of the truck. I know
that it has not been forgotten, at least by me, even though its symbolic significance is
not entirely manifest. Like so many things, it is a rather delightfully questionable
and ambiguous treasure. Perhaps it is simply the fact that it was found that makes it a treasure. God’s love for us is a little like that, we are lost and then we are found;
then God goes to such enormous lengths to make us useable. Amazing grace…that
saved a wrench like me!

I also found a bird’s nest in the field that day. It was lying on top of the
ground with three specked eggs in it. I moved it underneath the cottonwood tree
when we discerned that the eggs were cold and that it had been abandoned, I felt a
little sad about the nest. Silently I wondered about the instinct that allowed a
mother bird to build her nest right in the middle of a tractor path.

The morning did pass by like something of a game. We cleared away rocks
and more rocks, mainly big ones I would say. Where we worked that day the
cultivating was easier later in the week. I walked behind the tractor as John
cultivated the field, and I replanted baby pumpkin plants uprooted even in the
careful effort he made not to disturb them.

Perhaps because those 2.9 acres of pumpkins stood out visually in the draw
between the two oat fields, they seemed to take on the aura of the fields in Jesus’
parable. There are small pumpkins on those vines now. Some of them are even
beginning to turn gold at their base, like treasure hidden in a field.